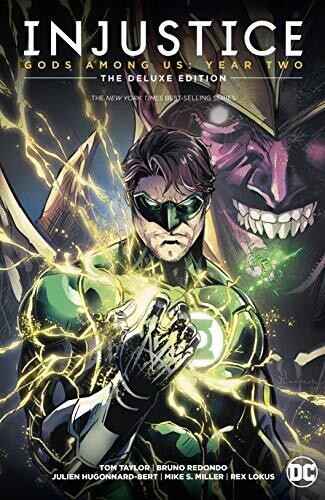 In this prequel series to the corresponding video game, its the 2nd year of Superman's tyrannical rule. Its up to the Green Lantern Corps to try and stop this totalitarian One Earth Regime.

NO EVIL SHALL ESCAPE HIS SIGHT.
LET THOSE WHO WORSHIP EVIL'S MIGHT,
BEWARE HIS POWER...

Superman's grip over the world is unrelenting, and the casualties are rising. It's been only one year since the Man of Steel declared all-out war against evil on Earth. After an explosive confrontation, Batman's back is broken, Wonder Woman lies locked in a coma, Green Arrow is dead, and the United States government looks to bring an end to Superman and his Justice League.

The super-pills Batman synthesized from Lex Luthor's original have given the resistance an edge, but only a slight one. In the shadowy streets of Gotham City, Commissioner Jim Gordon will unite with his high-tech vigilante daughter, Oracle, and her team of crime-fighters, the Birds of Prey, against the reign of Superman.

And in the vastness of space, an invasion has begun. The immortal, all-powerful beings called the Guardians of the Universe will not allow Superman's omnipotent dictatorship to stand and their Green Lantern Corps is assembling to take him down. A battle unlike any other rages across the globe and soon will spread into far reaches of space. But before this year is through, Superman will teach the universe its final lesson. 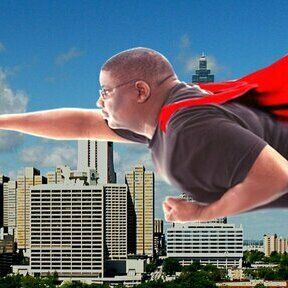